May 16 - Oct 5 Prisoner of War: Ben Steele’s Personal Chronicle from Bataan to Hiroshima 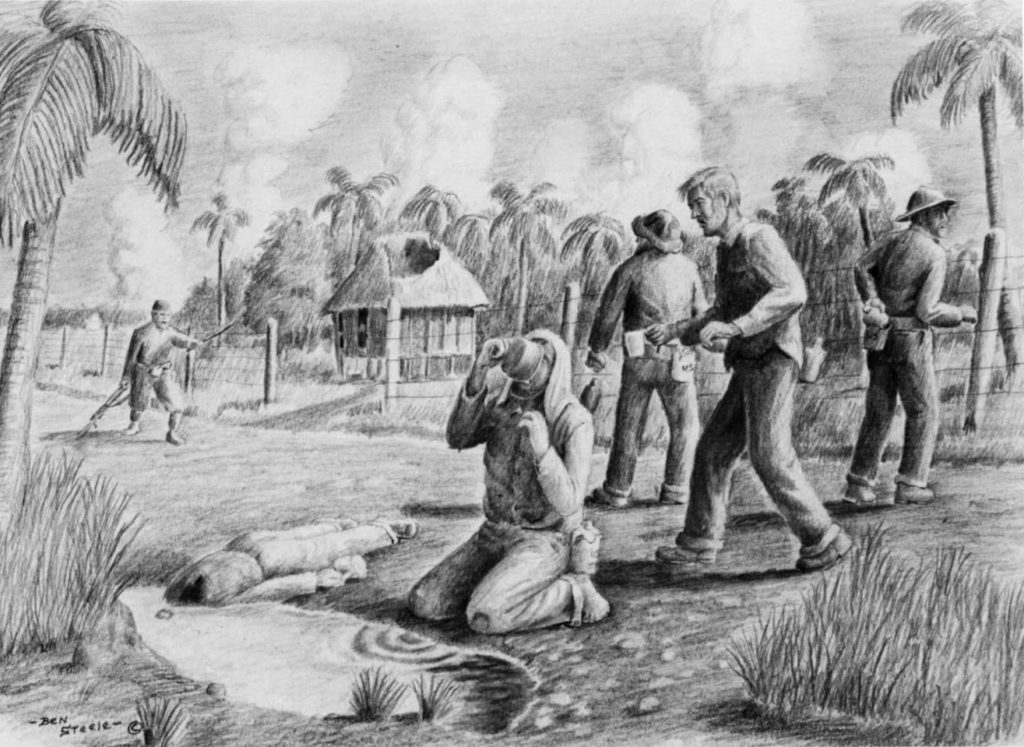 Ben Steele’s paintings depict his experiences as a Prisoner of War in Japan.  Ben Steele was one of thousands of American soldiers captured in the Philippines at the beginning of World War II.  His three and one half years as a prisoner began with the “Bataan Death March” in April of 1942.  Imprisoned in labor camps, he and his fellow soldiers suffered terribly.  His captivity ended after working in a Japanese coal mine less than 80 miles from the ground zero of the atomic bomb dropped on Hiroshima.  Ben Steele’s paintings and drawings document the POW experience of World War II from a survivor.

Paintings and drawings on loan from the Montana Museum of Art & Culture, Missoula.