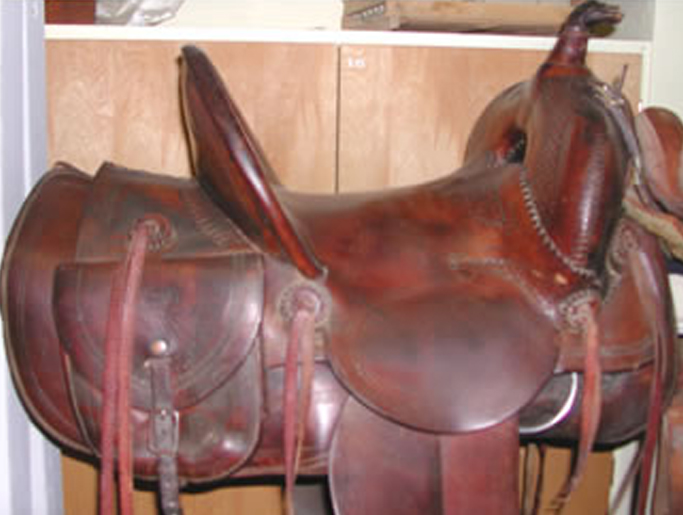 (Photo: W.B. Ten Eyck stock saddle, Billings, Montana Territory, (Montana became a state in 1889). Owned by George Kirby, who ranched at Kirby on the Northern Cheyenne Reservation (Montana) from 1889-1918 when he sold his ranch. Founder of the Kirby Land Cattle Company, Kirby was interviewed in 1938 by a historian for the U.S. Congressional Records in Washington D.C. 82.87.)

This collection includes furniture made by Thomas Moleworth, an artisan from BIllings and Cody, Wyoming, and western tack made by noted saddle-makers in the region, W.B. Ten Eyck and the Connolly Brothers of Livingston and Billings.