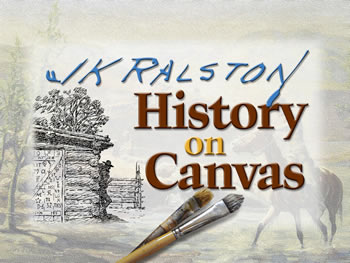 James Kenneth (J.K.) Ralston (1896-1987) was a noted western artist who lived in Billings for many years. In 1946, Ralston and his son built a log cabin to serve as the artist’s studio. In 2005, the cabin was moved to the Western Heritage Center and the cabin’s interior was restored to reflect his working environment. Ralston’s oil paintings and sketchbooks include scenes depicting his early years growing up on ranches and riding the range in Montana. The Western Heritage Center merged with the J.K. Ralston Studio and now houses a significant repository of the famed artist’s letters, memorabilia and artwork. Please ask at the Front Desk for a private tour of the studio cabin.