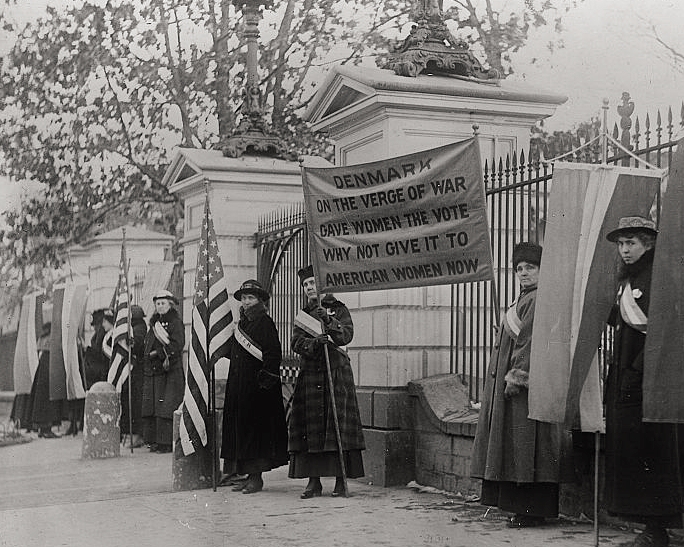 Hazel Hunkins Hallinan, a 1908 graduate of Billings High School, was a champion of women’s rights her entire life. Hazel was a pivotal member of the National Woman’s Party (NWP) and active campaigner for woman’s suffrage in America. On the front lines of the NWP from 1916-1920, she protested alongside the prominent suffragist Alice Paul. After passage of the Nineteenth Amendment in 1920, granting U.S. women the right to vote, she moved to England, married journalist Charles Hallinan, and was a leader of the Six Point Group, an important British feminist organization. In 1977, she returned to the United States and marched in support of the Equal Rights Amendment. She was called “A Hell-Raiser at (age) 87,” and “a tiny, grey -haired woman with a feminist vocabulary, a notorious arrest record, and a surprisingly sharp tongue.”